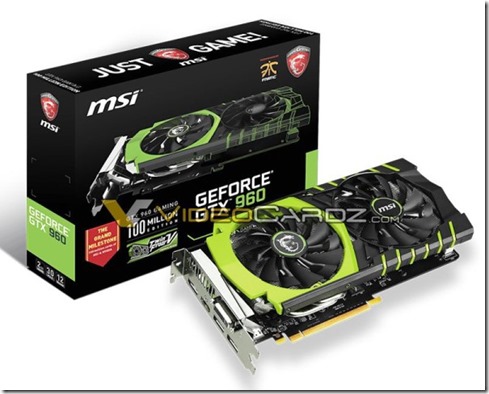 Although there has been no mention of more cards for the 900-series from Nvidia based on the Maxwell silicon, there have been some rumors on the internet about the possible release of the GTX960 on the 22nd January 2015. There have been some leaks from MSI showing us the new update to the MSI cooler, with the green color to celebrate their milestone of selling 100 million cards since the company started.

While there is no information what power this card will be bringing, but it surely be a lot faster than the GTX760 while having 2GB of GDDR5 RAM on a 128-bit bus. Power requirements have been said to be a 6-pin PCI PEG connector for the reference designs, but its said that MSI will be using a 8-pin plug for increased overclocking room. 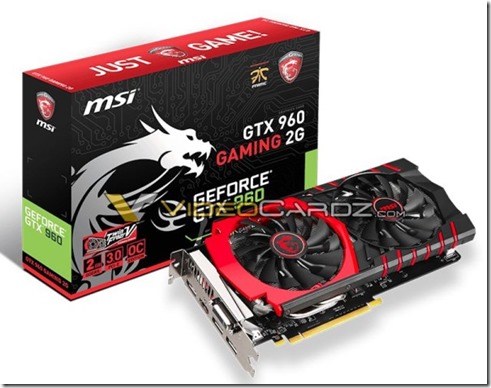