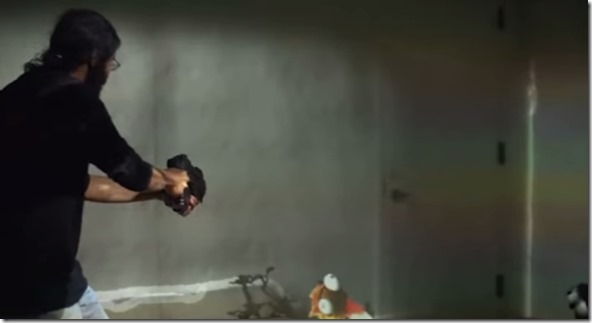 Remember Microsoft’s proof of concept for something called “Illumiroom”? The Illumiroom concept cropped up way before the Xbox One had even been officially unveiled, and it was speculated that the projector peripheral might have been part of Microsoft’s then “next-gen” console. Turned out it wasn’t part of the Xbox One, but Illumiroom has evolved into something new: “RoomAlive”.

The RoomAlive concept is built off multiple projectors and Kinect sensors. Using some very clever software, the system can overlay interactive elements onto any lounge space. There are a couple of games that have been made to showcase the idea, including one that has you controlling a little soldier as he scales your chairs and couches to evade killer robots.

Don’t get excited just yet, because something like this would cost a lot to put together. As it stands, it’s very much a proof of concept, and unless hardware configurations change, I doubt most people would want multiple projectors and Kinect sensors hanging from their ceilings. Still, it’s clever; not revolutionary or world altering, but certainly very clever. Check it out after the jump.