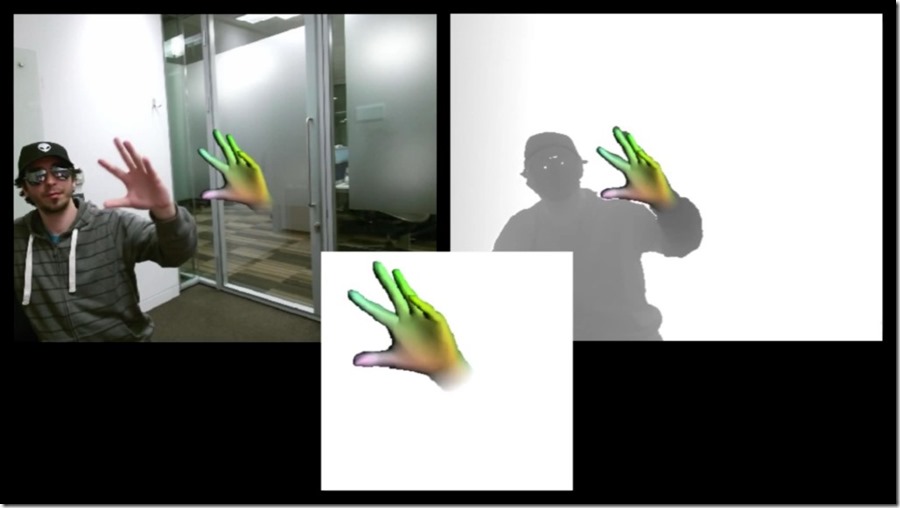 Now Microsoft have come up with their own technology called ‘Handpose’. In the demo below, you will see that the researchers from the Research Wing in Cambrige, UK, show us how with the help of Kinect they utilize the power of Handpose. This software is still in development but it still seems promising. The Kinect system they are using in the demo has been modified to track your hand movements from a large wave to a small twitch.

Although making use of the Kinect, the only limit you are facing is the area in which you, the user, can move. Being able to interact and move friendly in a virtual environment is still a very high sought after feature for Virtual Reality. The aim is give a user more space to be interactive with the virtual world, unlike your Oculus Rift which only gives you a small area in which you can move. That’s where major companies like Valve, HTC and Sulon comes in and provided more room for movement.

In the virtual world and hand tracking, it is very difficult to track because we move our hands in so many different directions and angels that it makes it difficult for the camera to pick up all the fingers, thus making the development process not so easy. Microsoft has come up with a solution where the machine learns how a hand can move in a space, by using a process of ‘learning’ and showing the machine multiple images of a hand.

Unfortunately this process didn’t produce the results they were expecting, so they moved to using 3D hand models and combining images with the 3D models, the camera was finally able to effectively track the hand movements in the space. Handpose will be used in many different applications, which means there is a very good chance that Microsoft will be using set technology with many other of its technologies in their HoloLens software, but that’s just speculating some possibilities, but currently this software is still in research.