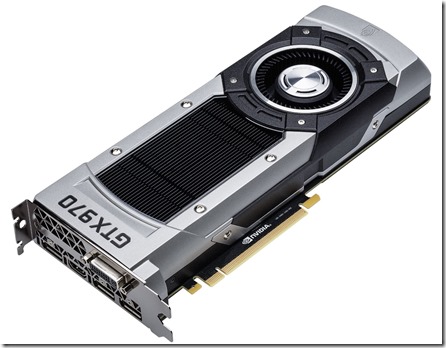 Nvidia’s GTX970 was undoubtedly was thee tech news of January 2015, being the best selling mid-ranged GPU is now having issues with its on-board GDDR5 memory.

People all around the globe that bought this beauty soon discovered that the last 512MB of VRAM was suffering badly from extreamly low throughput. It was later announced that this issue was not a mistake – the new design innovation in the Maxwell architecture made it possible to disable faulty parts of a GPU to harvest more dies. The CEO, Jen-Hsun Huang stepped out and offer all the owners an apology.

Some of you are disappointed that we didn’t clearly describe the segmented memory of GeForce GTX 970 when we launched it. I can see why, so let me address it.

We invented a new memory architecture in Maxwell. This new capability was created so that reduced-configurations of Maxwell can have a larger framebuffer – i.e., so that GTX 970 is not limited to 3GB, and can have an additional 1GB.

GTX 970 is a 4GB card. However, the upper 512MB of the additional 1GB is segmented and has reduced bandwidth. This is a good design because we were able to add an additional 1GB for GTX 970 and our software engineers can keep less frequently used data in the 512MB segment.

Unfortunately, we failed to communicate this internally to our marketing team, and externally to reviewers at launch.

Since then, Jonah Alben, our senior vice president of hardware engineering, provided a technical description of the design, which was captured well by several editors. Here’s one example from The Tech Report.

Instead of being excited that we invented a way to increase memory of the GTX 970 from 3GB to 4GB, some were disappointed that we didn’t better describe the segmented nature of the architecture for that last 1GB of memory.

This is understandable. But, let me be clear: Our only intention was to create the best GPU for you. We wanted GTX 970 to have 4GB of memory, as games are using more memory than ever.

The 4GB of memory on GTX 970 is used and useful to achieve the performance you are enjoying. And as ever, our engineers will continue to enhance game performance that you can regularly download using GeForce Experience.

This new feature of Maxwell should have been clearly detailed from the beginning.

We won’t let this happen again. We’ll do a better job next time.